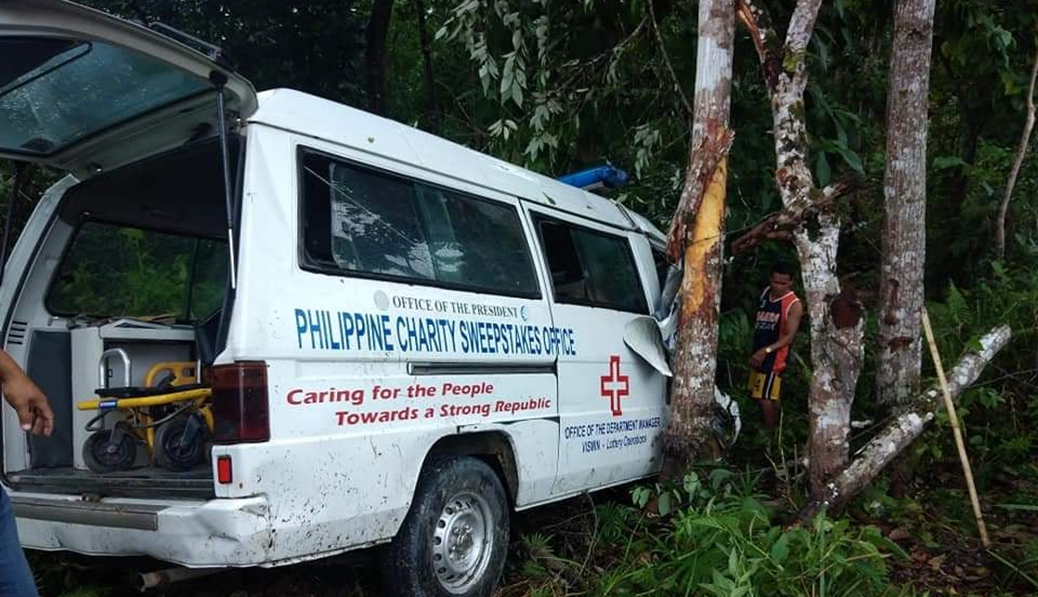 Two girls, both aged 16, were severely injured after they were accidentally rammed by an ambulance along a provincial road in Barangay Rizal, Batuan town on Friday afternoon.

Staff Sgt. Daryl Yecyec of the Batuan Police Station said the two girls were walking at the side of the road when the ambulance which is owned by the Antequera local government unit (LGU) swerved from the opposite lane and hit them.

The ambulance driver identified as Jovito Pilongo, 42, told authorities he fell asleep while driving causing the vehicle to swerve into the girls and slam into a tree.

Another ambulance was deployed to the area to rush the two girls who sustained severe injuries to a hospital in Carmen.

Authorities were still verifying the condition of both girls.

Meanwhile, Pilongo and three medical staff inside the ambulance suffered minor injuries and were also taken to a hospital.

According to Yecyec, the ambulance was on its way back to Antequera from Ubay where it transported a woman who was about to give birth. (A. Doydora)