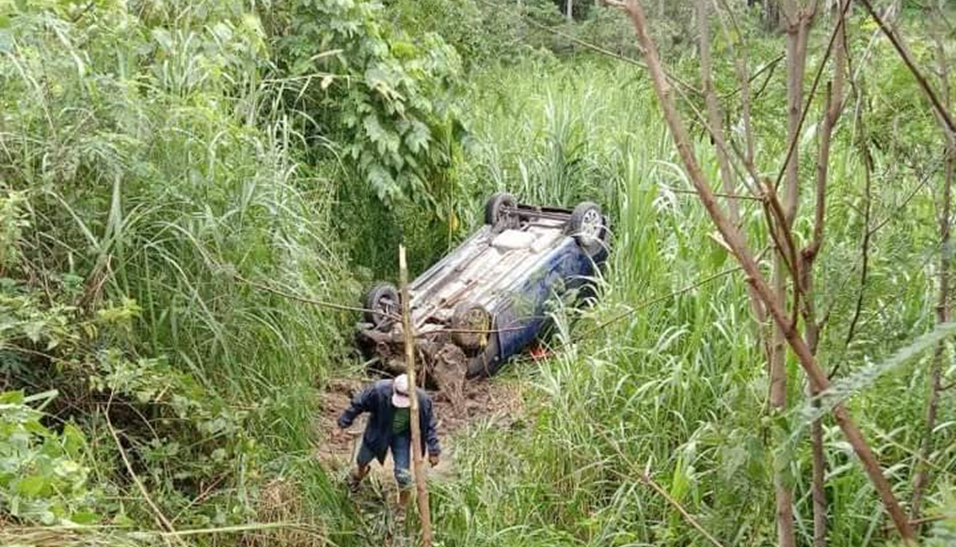 An elderly couple landed in the hospital after figuring in a vehicular accident along a national road in Corella town on Thursday morning.

Staff Sgt. Vicente Garcia of the Corella Police Station said the Hyundai Eon driven by one Gaudencio Dinorog, 71, of Baclayon town turned turtle after overshooting a road in Barangay  Canangcaan.

Dinorog and his wife Nimfadora, who is also in her 70s, sustained minor injuries and were both conscious after the incident.

According to Garcia, Dinorog who was heading towards Balilihan town crashed after he avoided an incoming ambulance along a narrow part of the road.

Garcia added that the ambulance did not stop to check on the Dinorogs after their vehicle crashed.

Bystanders in the area were the ones who helped the couple and alerted the authorities.

The Dinorogs were rushed by an ambulance of the Corella Police Station to the town’s Rural Health Unit which then referred them to the Governor Celestino Gallares Memorial Hospital in Tagbilaran City.

Meanwhile, the ill-fated vehicle remained at the site of the accident and was set to be picked up by a boom truck. (A. Doydora)