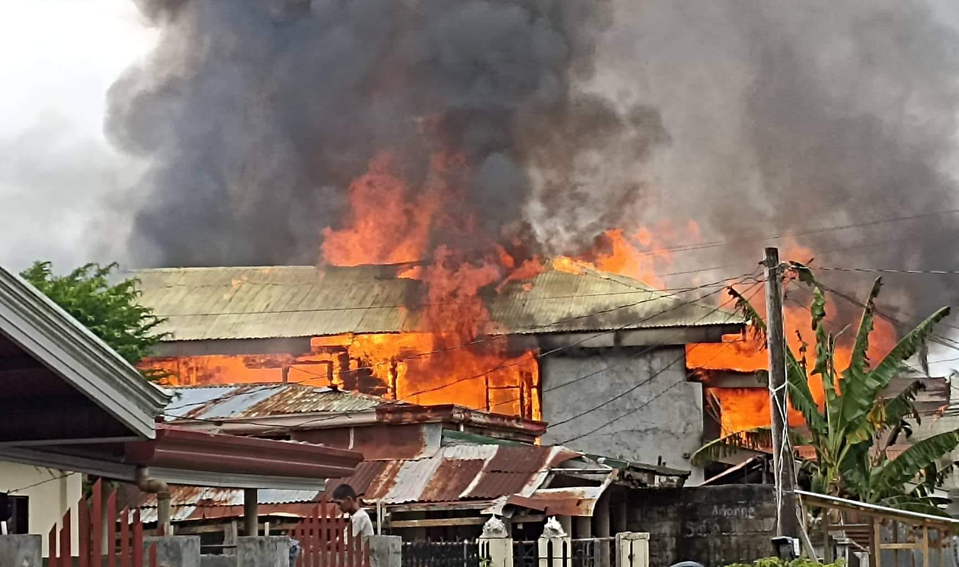 A fire gutted a house in Guindulman town on Wednesday morning, leaving P300,000 worth of property damage.

FO1 Jerome Jandayan of the Guimdulman Fire Station said the fire started from a room at the second floor of the house owned by one Tessy Sabillaga, 72.

Sabillaga who was inside the house when the fire started was able to escape after she was alerted by her neighbors when smoke started to billow from her home’s top floor.

No one was injured due to the blaze which was also not able to spread to nearby houses.

According to Jandayan, the fire reached alert level three prompting fire stations from the neighboring towns of Anda, Jagna and Candijay to also deploy firefighters.

Meanwhile, fire investigators have yet to identify the cause of the fire. (ad)