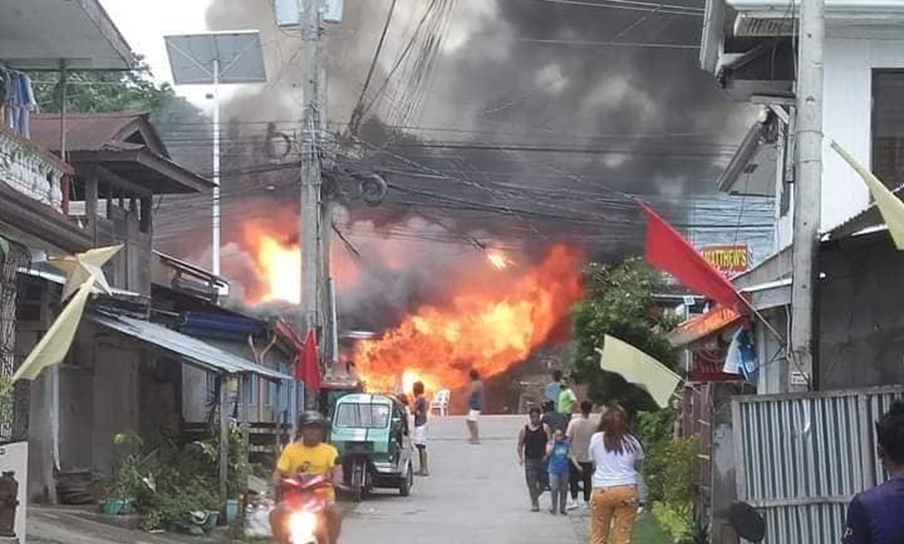 A fireman was injured in a firefighting operation at a burning house in a residential-commercial area in Jagna town on Thursday morning.

FO3 Rico Jay Tadena of the Jagna Fire Station said FO1 Gabriel Nalasa sustained minor burns in his neck while attempting to put out the fire.

He was taken to the Rural Health Unit and was discharged on the same day.

According to Tadena, no one else was injured during the fire at the residence of one Emi Lloren in Barangay Pajina which started at past 6:30 p.m.

According to Tadena, the fire was not able to spread to a First Consolidated Bank branch beside the burning house due to a firewall.

Meanwhile, investigators have yet to identify the cause of the fire which was noted to have started from the house’s kitchen.

Authorities have also yet to come up with estimate cost of the damage to property caused by the fire. (AD)