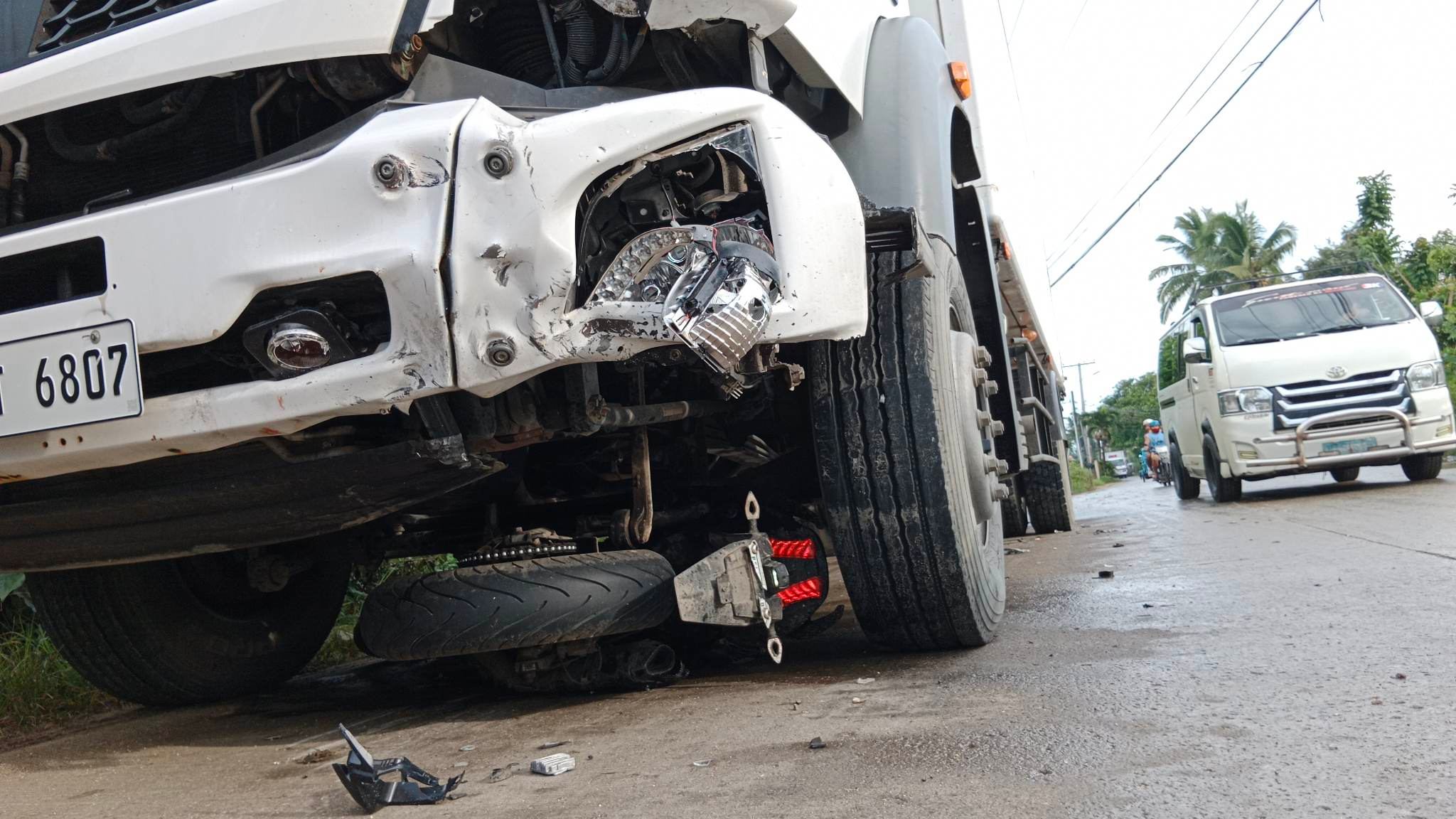 A 32-year-old man died after the motorcycle he was driving slammed into freezer truck along a busy highway in Tagbilaran City at dawn on Wednesday.

Senior Staff Sgt. Rodolfo Sanchez of the Tagbilaran City Police Station said the fatality identified as Ryan Tugonon was rushed by responders of the TaRSIER 117 rushed to the Governor Celestino Gallares Memorial Hospital but was declared dead on arrival.

Based on the police’s initial probe, the motorcycle swerved into the opposite lane causing it to collide head on against the six-wheel truck.

Authorities believed that Tugonan may have lost control of his motorcycle due to slippery road.

He was taken into police custody pending the filing of charges against him or a settlement between him and the victim’s family. (A. Doydora)